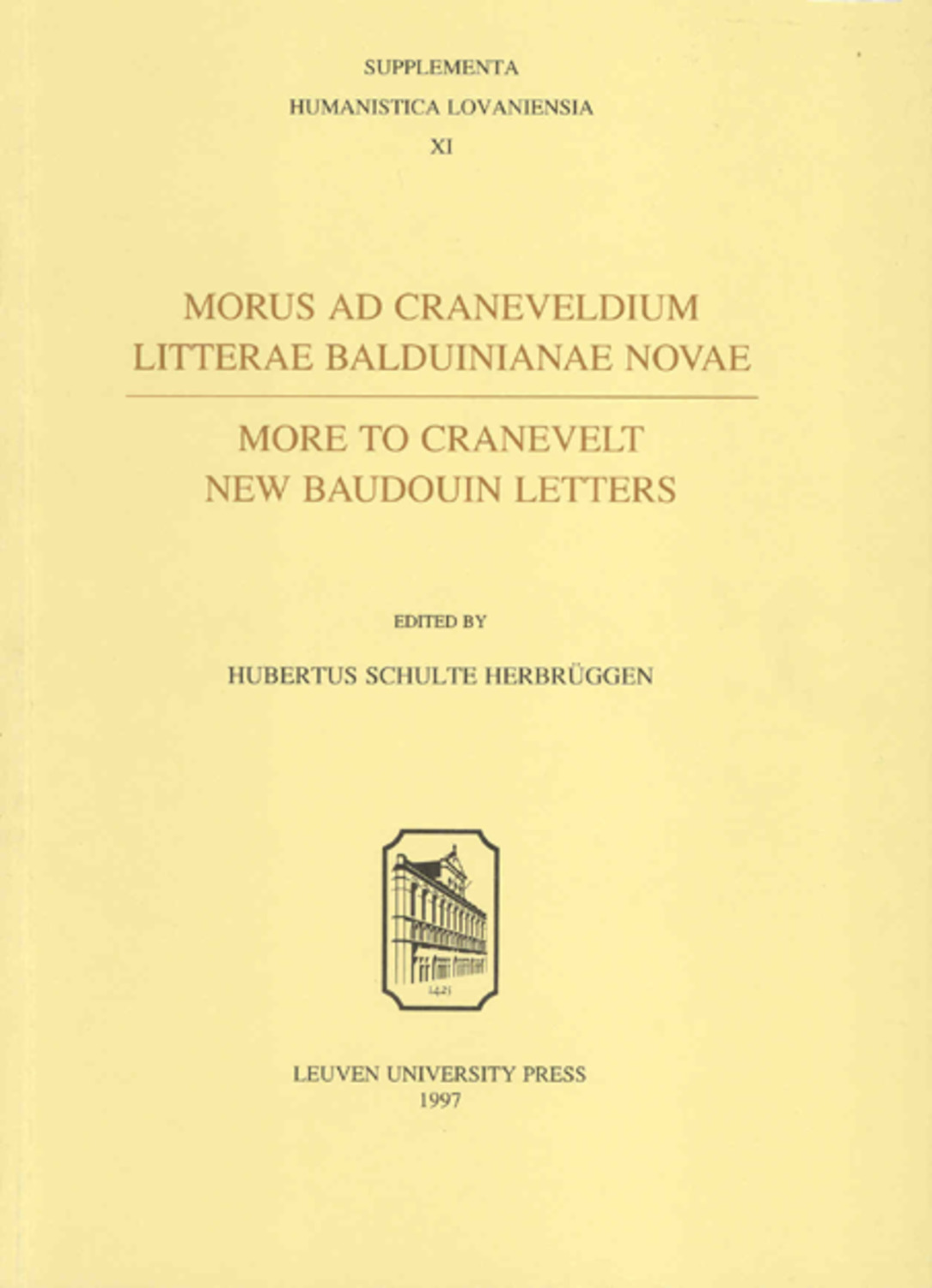 The collection of original humanist letters to Frans van Cranevelt, discovered and acquired for K.U.Leuven in 1989, covers the years between 1520 and 1523, thus preceding the two collections edited by De Vocht in 1928. The new letters are litterae amicales too, written by Cranevelt’s friends, distinguished foreigners as Erasmus, Morus and Vives or familiar Netherlandish humanists like Fevinus, Laurinus, Geldenhouwer, or Clodius.

The present edition selects from the collection seven new letters from Sir Thomas More. In order to keep them in perspective, a detailed introduction is provided. Besides offering many illustrations, the introduction deals with the historical background (the rise of the National State, the Reformation, the international brotherhood of humanists); it sketches out the correspondents’ lives (including a genealogy of Cranevelt’s German ancestry, the Freiherrn von Kranefeld of Ilmenau, Thuringia) and the origin and early years of his friendship with More; it gives a general survey of the new bundle and draws a picture of More as emerging from the new letters (the diplomat, the humanist friend, the lover of art); it tries to reconstruct the provenance and tradition of their known correspondence; it confirms the authenticity of More’s letters (his hand and signatures, seals, paper and watermarks), shows the interlinking of the ‘old’ and ‘new’ letters, and discusses the problem of dating.

The edition proper offers a short introduction to each letter, a critical text placed opposite facsimile photographs of the original manuscripts, and critical textual and historical notes.

Appendices, a bibliography and an index are added for the reader’s convenience.

Hugo Grotius, Annals of the War in the Low Countries
Regular price €120.00 (including 6% VAT)