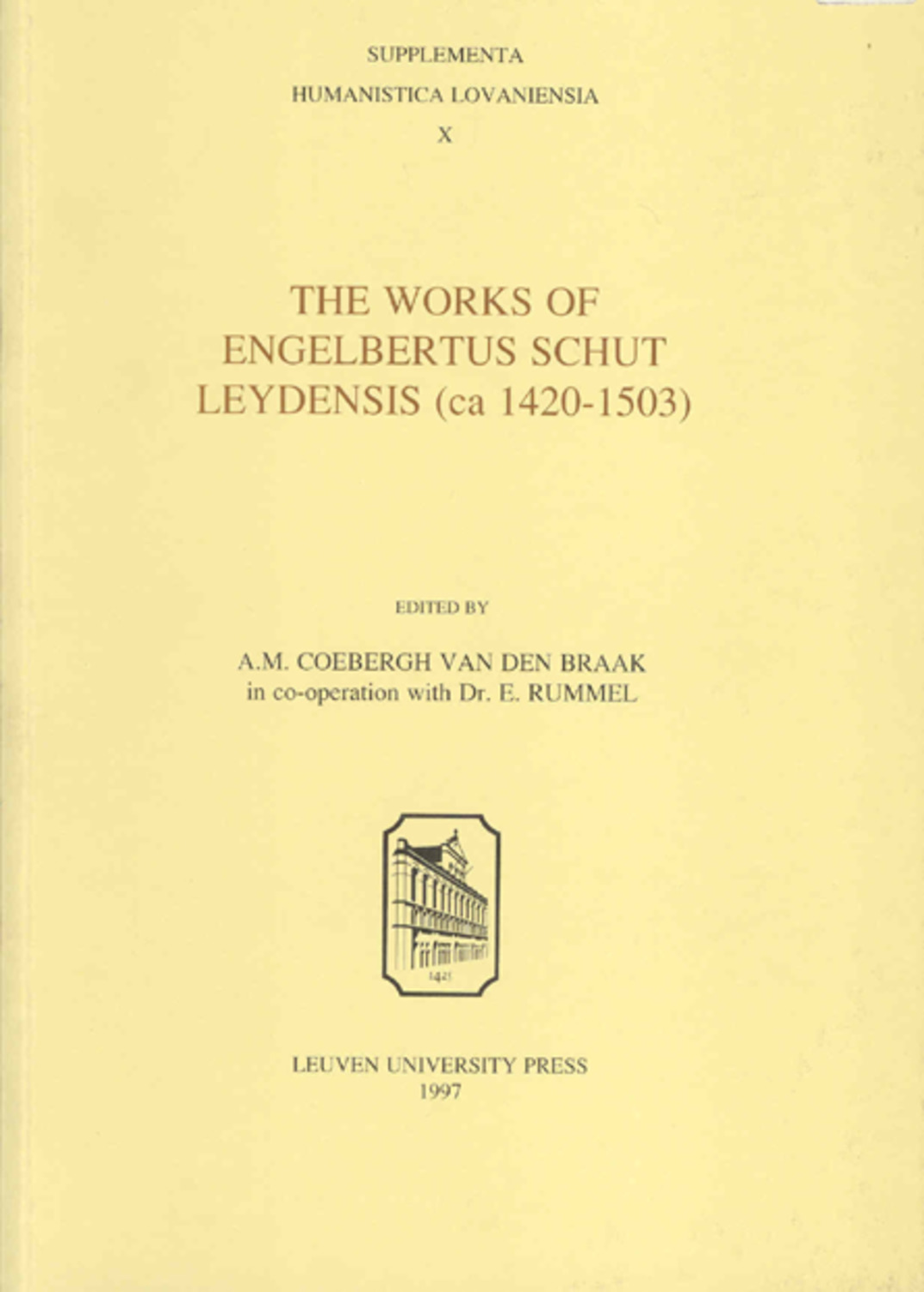 Engelbertus Schut Leydensis (ca. 1420-1503) belongs to the first generation of humanists of the Low Countries. After the conclusion of his studies in Cologne (1435-1438) he returned to Leiden, his native city. In 1458 he was appointed 'rector' of the municipam 'groote school' (since 1575 named 'Latin School', and since 1838 the Municipal 'Gymnasium'), a position which he held for six years. He was regarded as a scholar, an authority both nationally and internationally. He was in touch with, among others, Cornelius Aurelius, Anthonius Haneron, Wessel Gansfort and Desiderius Erasmus.

Schut is the author of five Latin school-books, one about the art of writing and the drawing up of letters (De Arte Dictandi, ca. 1.500 hexameters). Two works (in prose) about the figures of speech (Colores Rhetoricales and Tractatus De Elegancia, Composicione, Dignitate Dictatus). Than two little reading-exercises for use in the class (De Moribus Mense and De Pane Dyalogus, eacht of them ca. 100 hexameters). The last work is an edition of Haneron's Diasynthetica, revised by Schut who added short headings (in hexameters) for each chapter, and also a prologue and an epilogue.

After the general introduction to Schut and his works follows the critical edition of the five works, each of them with a short introduction and with explaining notes.

Engelbertus Schut, his life, his works