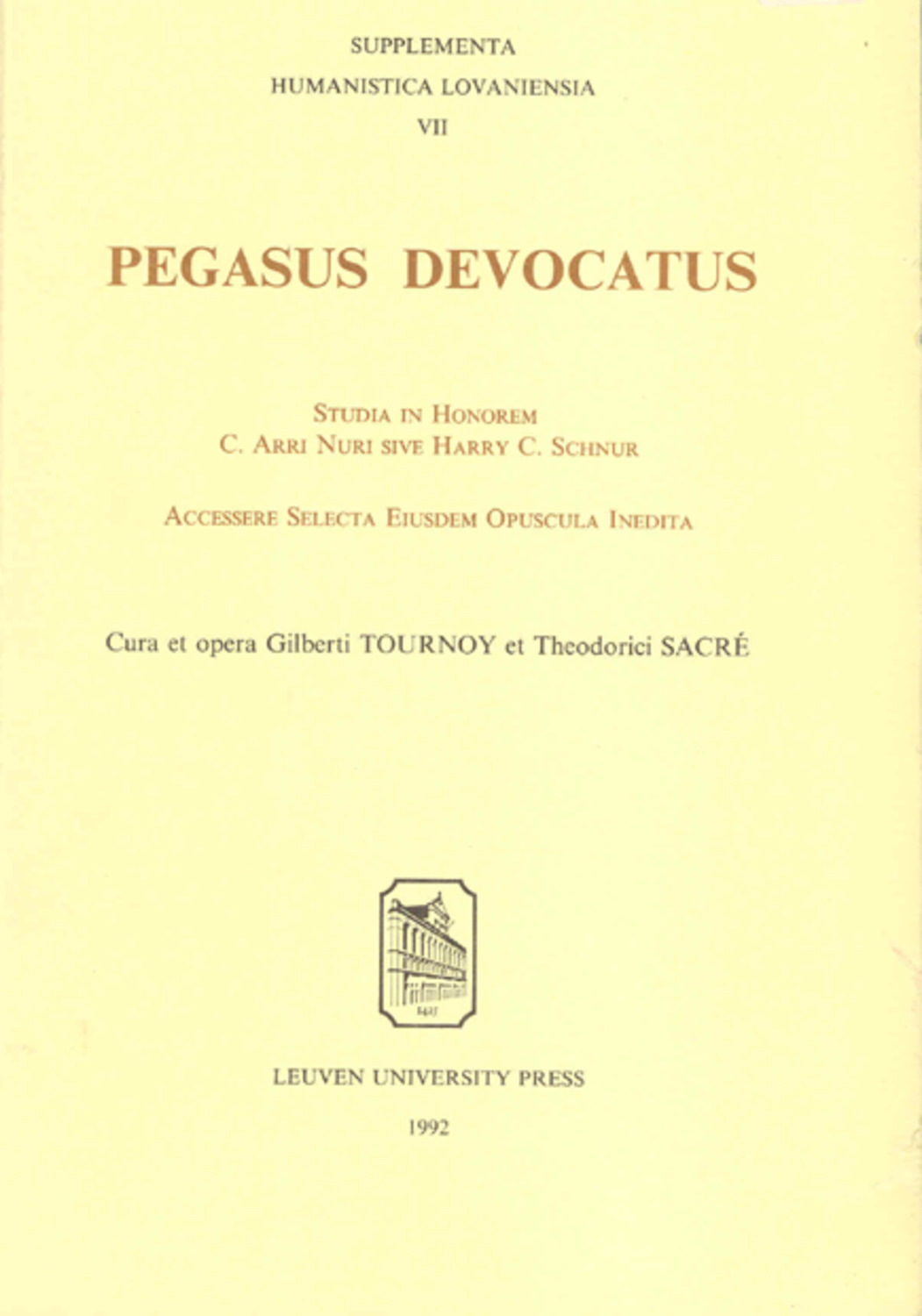 Download free
Back in 1963, when a conference on Horace was organised at Oudpelgeest (The Netherlands), Harry C. Schnur chose to comment upon Horace's famous poem Exegi monumentum aere perennius. Not unlike the Roman poet, Schnur was driven by one of mankind's strongest stimuli, the craving for immortality. No doubt the same attitude of mind made him meticulously keep together every possible line written by, or concerning, himself: copies of articles, books, translations, notes for his courses, poems, letters to editors of newspapers, files with clippings, were all for him more treasured than incunabula, rare books or precious furniture. Wartime conditions and a great many removals from Germany to England, thence to Holland, back again to England, thence to the U.S.A., back to Germany and then finally to the safe harbour of Switzerland, caused the loss of some book-cases, which left his collection incomplete, but still very impressive.

Haiim B. Rosén, 'Having' in Petronius