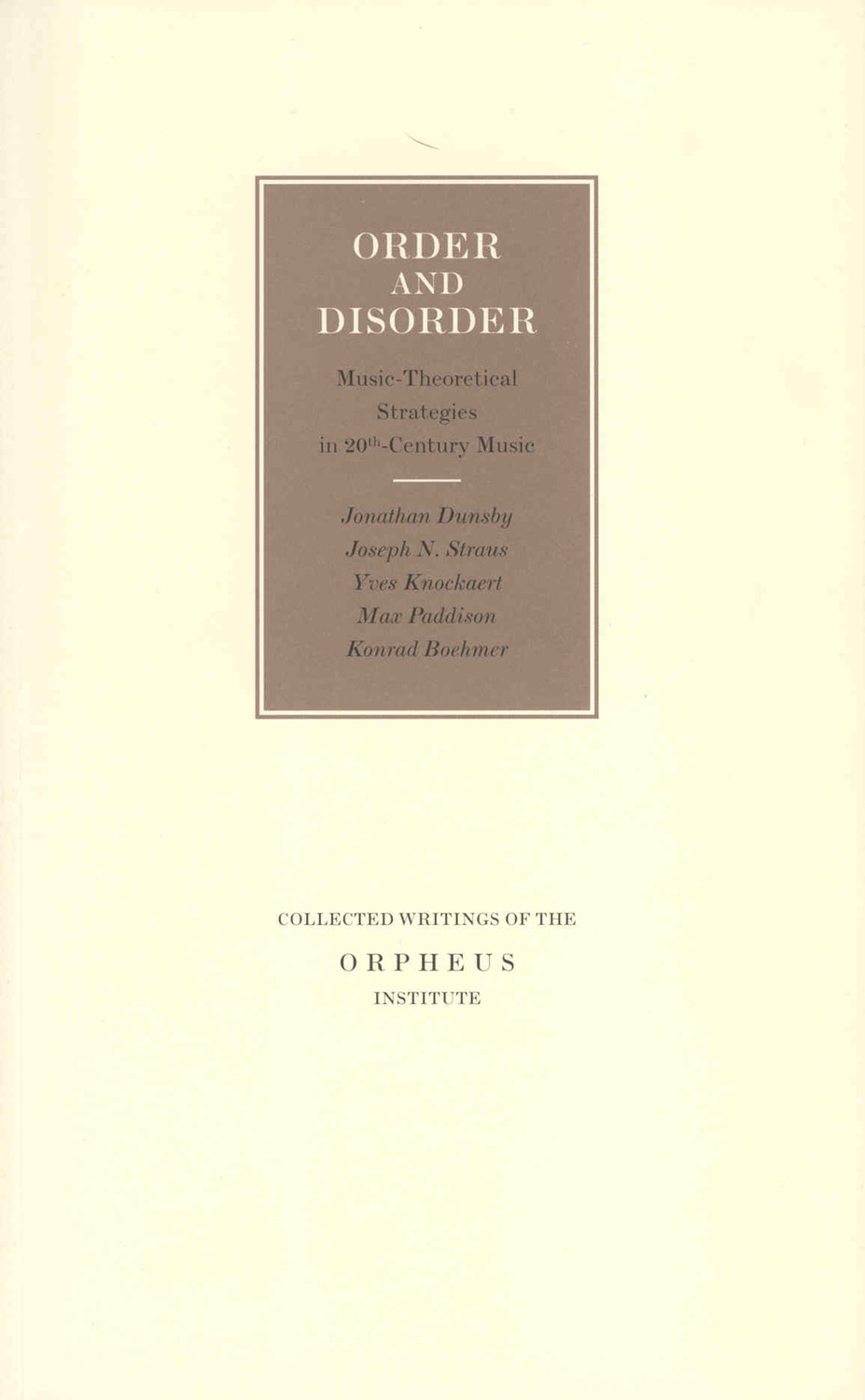 Order and Disorder, the fourth publication in the Writings of the Orpheus Institute, is a result of the first International Orpheus Academy for Music Theory 2003. The motto of this ‘Academy´ were 20th century music and theory, especially after the 1950s. Five guest lecturers discussed theoretical, historical and philosophical aspects of this theme in six articles:

In Music-Analytical Trends of the Twentieth Century, Jonathan Dunsby discusses key features in the development of music analysis from pre-structuralist to postmodern times. Joseph N. Straus describes in Atonal Composing-Out different ways in which the intervallic and motivic ideas of the musical surface in atonal music are projected over larger spans. In the article Systemlessness in Music, Yves Knockaert investigates the controllability of non-intention in Cage´s work, the compositional approach of Morton Feldman´s ‘floating thoughts´, and the ‘raw state´ of Wolfgang Rihm´s music of the 1980s. Max Paddison exposes, in Nature and the Sublime: The Politics of Order and Disorder in Twentieth-Century Music, a history of the concept of nature in relation to music with some references to literature and the visual arts. Finally, Konrad Boehmer analyses several aspects of the political economy of music in Music and Politics. Towards a Terza Prattica mainly focuses on the perspectives of the paradigmatic change which electric music had caused.

Yves Knockaert is professor of history of music, philosophy of music, and contemporary music and researcher at LUCA School of Arts, Campus Lemmens (Leuven).

From Bayreuth to Burkina Faso
Regular price €55.00 (including 6% VAT)