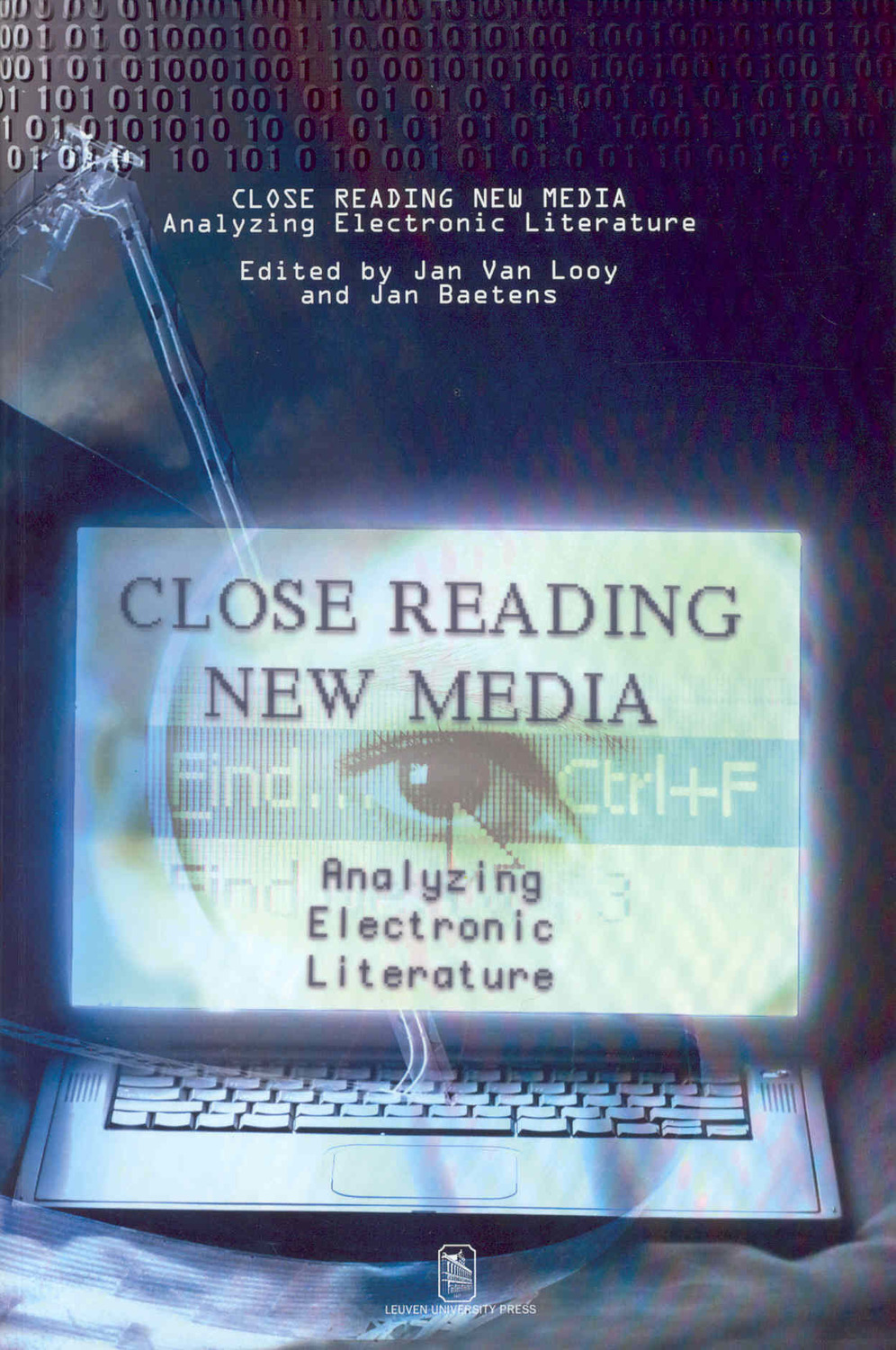 Close Reading New Media is the first publication to apply the method of close analysis to new media.

Since the early nineteen-nineties, electronic art and literature have continually gained importance in artistic and academic circles. Significant critical and theoretical attention has been paid to how new media allow the text to break traditional power relations and boundaries. The passive reader becomes an active participant choosing his own path and assembling not just his own interpretation of the text (level of the signified), but also his own text (level of the signifier). Texts no longer have a beginning or an ending, being a web of interlinked nodes. The decentered nature of electronic text empowers and invites the reader to take part in the literary process. Poststructuralist theorists predicted a total liberation of textual restrictions imposed by the medium of print. However, while these are culturally significant claims, little attention has been paid to their realization. The goal of this volume is twofold. Our aim is to shed light on how ideas and theories have been translated into concrete works, and we want to comment on the process of close reading and how it can be applied to electronic literature. While all contributions deal with particular works, their aim is always to provide insight into how electronic fiction and new media can be read.

In Search of Califia
Raine Koskimaa (IT University of Copenhagen)

One must be Calm and Laugh: Geoff Ryman's Web Novel 253 as a Hypertextual Contemplation on Modernity
Jan Van Looy (K.U.Leuven)

Requiem for a Reader? A Semiotic Approach to Reader and Text in Electronic Literature
Jack Post (University of Maastricht)

Appendix: Electronic Literature on the Web