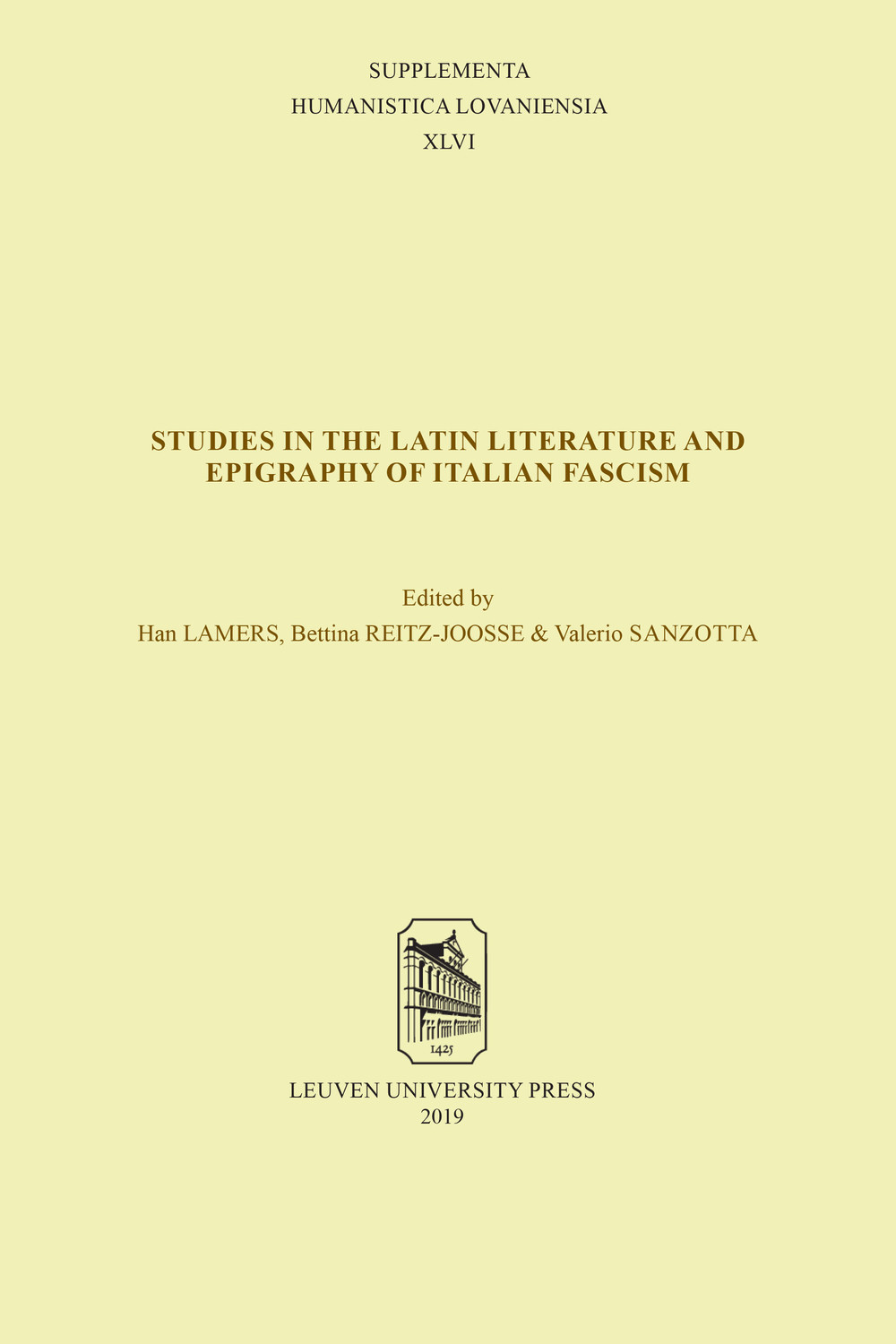 Studies in the Latin Literature and Epigraphy in Italian Fascism

First collected volume dealing with the use of Latin under Fascism

This book deals with the use of Latin as a literary and epigraphic language under Italian Fascism (1922–1943). The myth of Rome lay at the heart of Italian Fascist ideology, and the ancient language of Rome, too, played an important role in the regime’s cultural politics. This collection deepens our understanding of ‘Fascist Latinity’, presents a range of previously little-known material, and opens up a number of new avenues of research. The chapters explore the pivotal role of Latin in constructing a link between ancient Rome and Fascist Italy; the different social and cultural contexts in which Latin texts functioned in the ventennio fascista; and the way in which ‘Fascist Latinity’ relied on, and manipulated, the ‘myth of Rome’ of late nineteenth- and early twentieth-century Italy.

Bettina Reitz-Joosse is assistant professor of Latin Language and Literature at the University of Groningen.
Han Lamers is associate professor of Classics at the Department of Philosophy, Classics, and the History of Art and Ideas of the University of Oslo.
Valerio Sanzotta is key researcher at the Ludwig Boltzmann Institute for Neo-Latin Studies in Innsbruck.