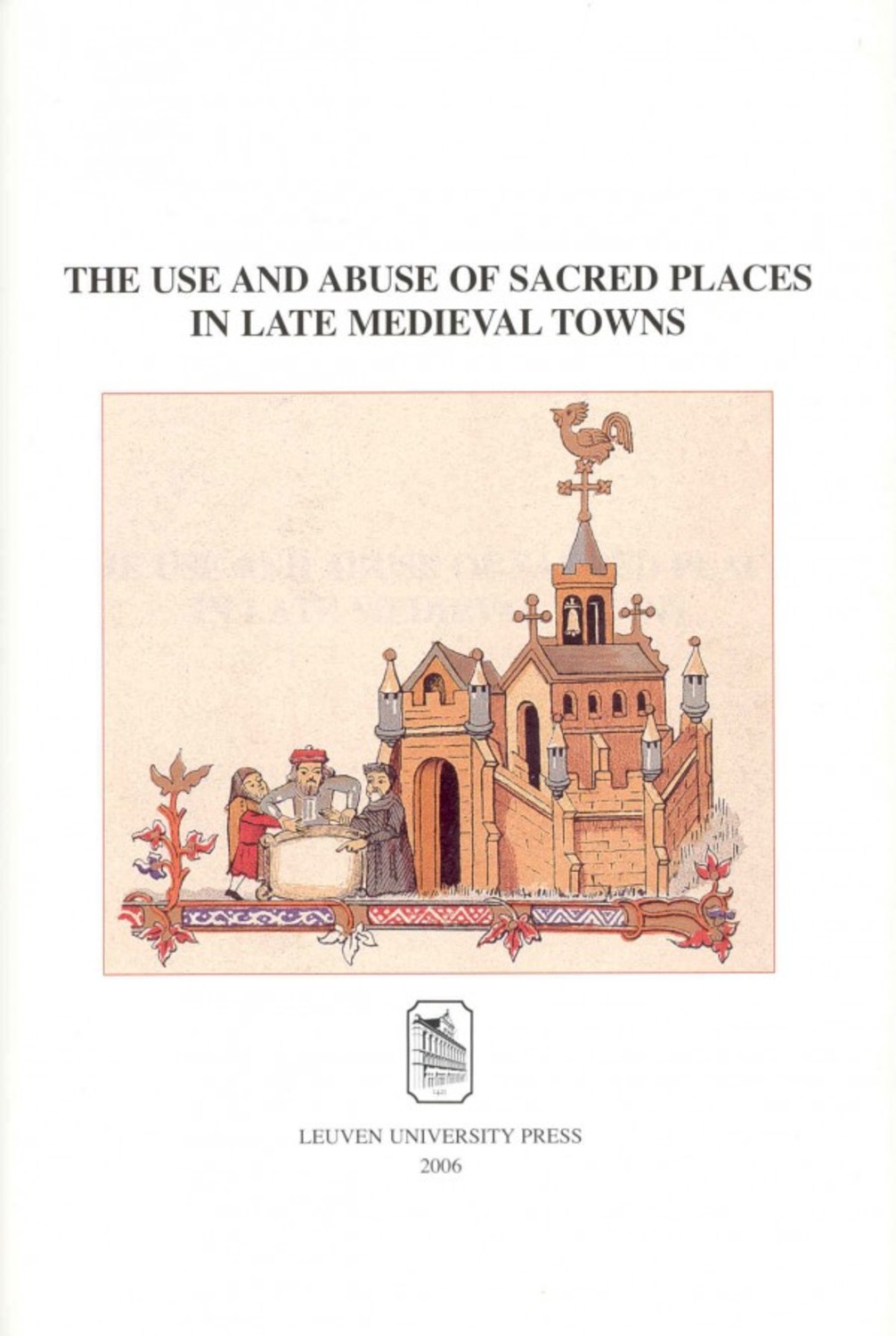 The Use and Abuse of Sacred Places in Late Medieval Towns

Church buildings dominated the medieval towns. Higher and stronger than most buildings in town, and often easily accessible because of their central position, they offered a venue for various kinds of activities. Naturally, the faithful first and foremost flocked towards the parish and monastic churches and chapels to attend masses, to receive the Sacraments, to offer up their prayers. But not all uses were strictly religious. Secular authorities, from the ruler to the town government, the trades or guilds, made --sometimes extensive-- use of these ecclesiastical buildings, usually for practical or socio-political reasons. Indeed, ecclesiastical buildings were used for storage or preservation purposes (arms, documents, treasure, ...), for defensive reasons, for accomodating large gatherings, ... They were also perceived to lend a kind of sacral aura to all proceedings taking place inside, and were consequently the ideal setting for ceremonies such as crownings, for elections, meetings, ..., emphasizing the legitimacy and the solemn nature of these (socio-)political activities. Apart from a mere enumeration and description of the different uses, the authors of this book also try to explain why these 'sacred spaces' were such appreciated venues for various kinds of secular activities, and why some churches and monasteries were more popular than other. Moreover, it will become clear that, in some cases, sacred space itself was adapted to the needs of the secular community. Naturally, the local clergy or ecclesiastical authorities could greatly influence the actual use made of these buildings, by either granting or denying the secular world the right to 'invade' their sacred spaces.

This book discusses uses made of churches and monasteries by secular authorities in the Low Countries, the German regions and the British Isles, focussing on the late medieval period. In this way, the reader is offered a view across borders and periods, as well as across different levels of society. Symbolic uses of churches for reasons of prestige, legitimacy or solemnity are confronted with the down-to-earth (ab)use of sacred spaces in order to survive. Long-term, traditional uses which were continued for centuries, are set against improptu decisions in answer to occasional needs or emergencies. More in particular, the topics discussed for the Low Countries range from the everyday use of parish churches (Kuys), over the use of ecclesiastical buildings for peace-proclamations (van Leeuwen), to the abuse of these buildings in times of war (De Smet), and to the representation of patronage on the paintings with which they were decorated (Dekeyzer). For the German regions, the function of these buildings for royal representation (Rahel Oesterle) and the church as a space for communication (Signori) are discussed. The London Mendicant monasteries (Röhrkasten) and a Cistercian monastery (Jamroziak) were situated within the sphere of influence of several secular authorities --among which was the court-- while also the influence of urban ceremonies (Sweetinburgh) and noble patronage (Stöber) on ecclesiastical buildings in more peripheral regions receives the attention it deserves.

This book represents for the Low Countries a first attempt at the study of this subject.

Marjan De Smet
Heavenly Quiet and the Din of War: Use and Abuse of Religious Buildings for Purposes of Safety, Defence and Strategy

Jacoba van Leeuwen
Praise the Lord for this Peace! The Contribution of Religious Institutions to the Ceremonial Peace-Proclamations in Late Medieval Flanders (1450-1550)

Brigitte Dekeyzer
For Eternal Glory and Remembrance: On the Representation of Patrons in Late Medieval Panel Paintings in the Southern Low Countries

Sheila Sweetinburgh
Mayor-Making and Other Ceremonies: Shared Uses of Sacred Space among the Kentish Cinque Ports

Paul Trio is professor of Medieval History at the KU Leuven.