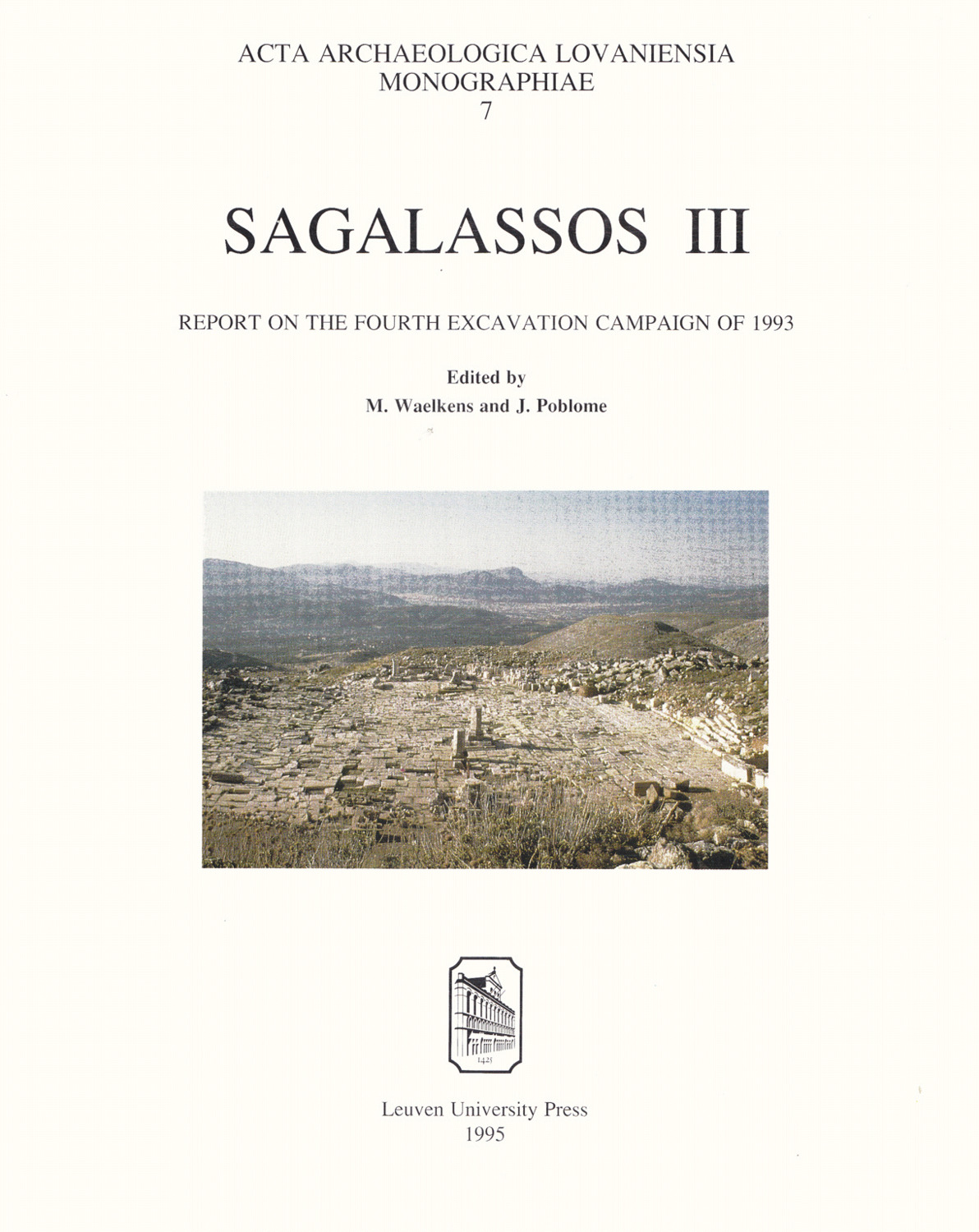 Report on the fourth excavation campaign of 1993

The 1993 Survey in the District South and East of Sagalassos
M. Waelkens

The Aqueducts of Sagalassos
E. Owens

Roman Inscriptions from the Upper Agora at Sagalassos
H. devijver and M. Waelkens

Evaluation of Surface Hardness of Building Stones as a Tool for Relative Dating. Short Communication
K. Vandaele and M. Waelkens

Preparative Tests for the Sturctural Consolidation of the Late Hellenistic Nymphaeum at Sagalassos
K. Van Balen and T. Patricio

Sherds and Coins. A Question of Chronology
J. Poblome

A Preliminary report on the Coarse Ware behind the Library at Sagalassos
R. Degeest

The Environment of Classical Sagalassos
S. Bottema and H. Woldring

Sieving Experiments in the Lower Agora and their Implications for the Interpretation of the Archaeozoological Data from Sagalassos
B. De Cupere, A. Lentacker and M. Waelkens

The Elemental Analysis of Glass Beads
Regular price €80.00 (including 6% VAT)