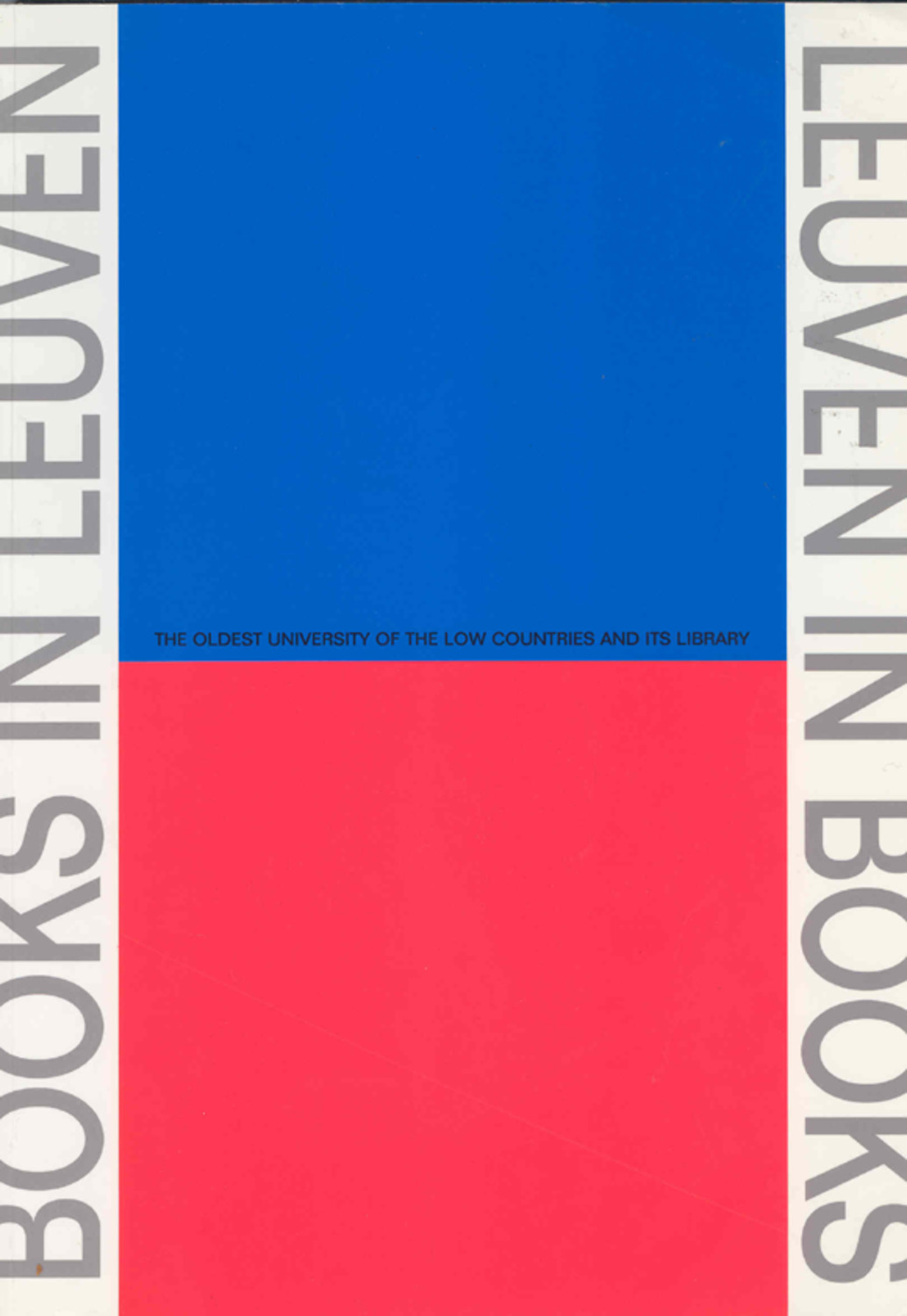 Leuven in Books. Books in Leuven

The Oldest University of the Low Countries and its Library

Leuven in Books, Books in Leuven was initially produced as a catalogue for an exhibition held in the Van Pelt-Dietrich Library of the University of Pennsylvania in Philadelphia, PA, in the spring of 1999. However, the book developed from a publication prepared especially for this occasion into the first comprehensive history of the world of books and libraries in Leuven in general and the university library in particular.

From 1425, when the university was founded, until 1914, when the university library was (first) destroyed, this work uses books and documents to illustrate how during the first two centuries the reading matter required was supplied mainly for monastery libraries and private foundations, how from the last quarter of the fifteen century, closely connected with the universities, the art of printing became established in Leuven, and how in 1636 a central library was opened. All this is sketched against a broad cultural and historical background. Part of the history of the southern Low Countries is reviewed at the same time, covering humanism, the Reformation, the Counter-Reformation, and other controversies in which the university was closely involved. The books described are used first and foremost to illustrate the historical progression, but also receive appropriate attention in themselves, so that part of the history of books emerges at the same time.

The tumultuous history of the Leuven university library in the 20th century revolves around a number of major events: the Flames of Louvain in 1914, the second fire in 1940, the division of the library following the departure of the French-language section of the university to Louvain-la-Neuve in 1970, to the prestigious new building for library sciences built around the remains of the Celestine monastery in Heverlee.

Whilst the focus of attention for the plans for the old library was the architecture, the new building was firmly set in the political context, with the Americans on one side, making the library an American monument to peace, and the Germans, as losers and new aggressors, on the other. Of course the reconstruction of the collections during the period between the wars and after 1940 is considered in detail. On the basis of rigorously selected manuscripts and printed books, a representative picture is drawn of the (re)construction of a university library, paying particular attention to a number of special collections which found their way here. The often detailed attention paid to the documents themselves to situate them in their context also provides part of the history of books from the late Middle Ages until the twentieth century.

By way of explanation

Prologue: an Attempt at Topography

I. A University in Leuven

II. Does a University need Books?

III. At the Cradle of a Rebirth?
A. Humanism and Renaissance
B. Reformation and Counter-reformation
C. The Summit of Humanism in Leuven: Justus Lipsius (1547-1606)
D. Controversies

IV. On a Two-Legged Library and a University Press

VIII. Division
A. Casting Lots for a Seamless Robe?
B. Impressionism or Functionalism?