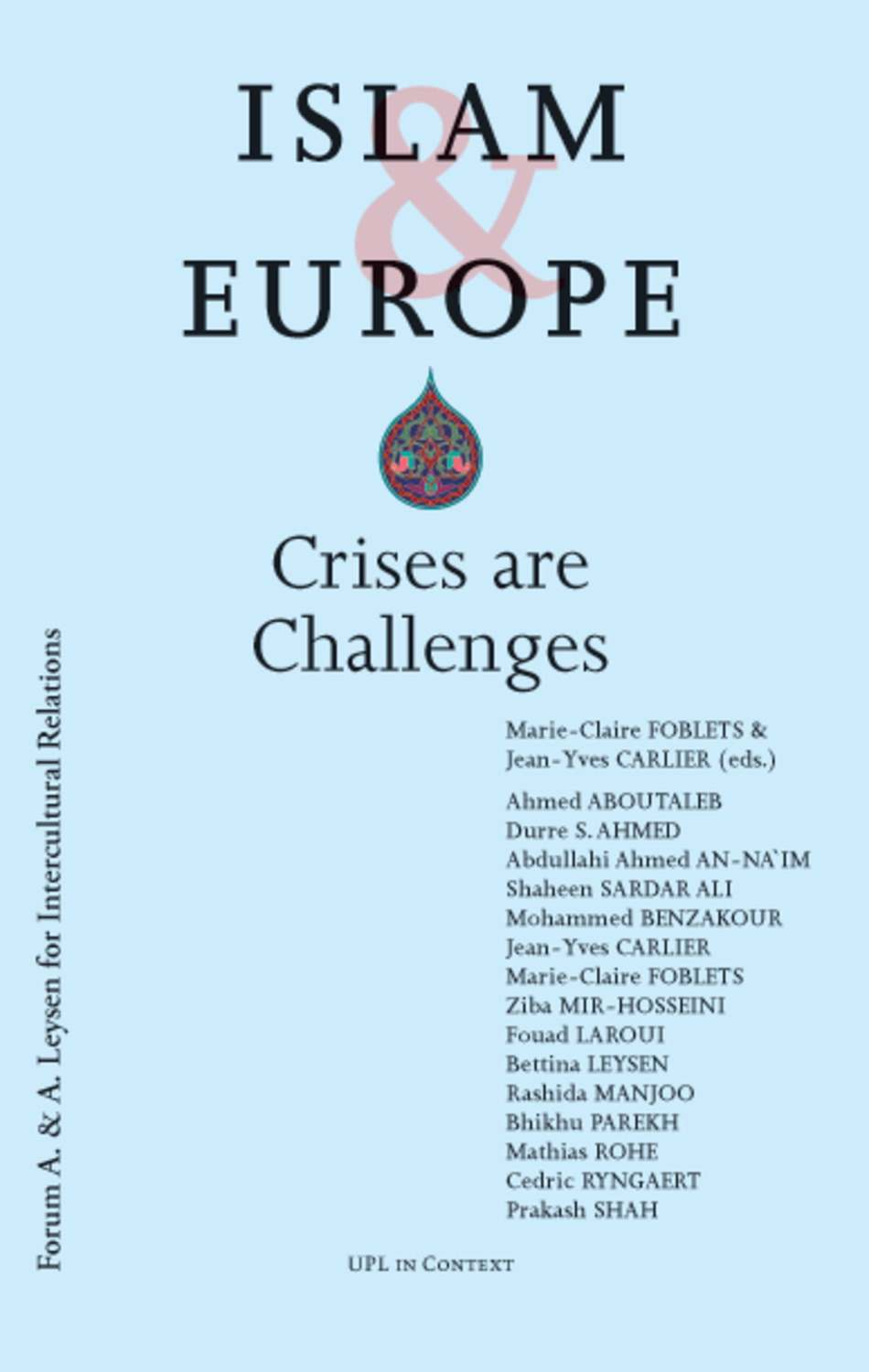 VIEW Edited volume - paperback
Within the framework of the Forum A. & A Leysen, several experts from in and outside the Muslim world contributed to this book. In Islam and Europe: Crises Are Challenges they discuss how dialogues between Islam and the West, with a focus on Europe, can be achieved. The various authors (legal scholars, political theorists, social scientists, and psychologists) explore in these collected essays such interrelated questions as: How much diversity is permissible within a liberal pluralistic democratic society? How strong are the implications of citizenship? What are equitable accommodations of contested practices? They argue for an adequate understanding of how Western Muslim communities in Europe experience their minority position and what needs to be done to improve their participation in European society. The second part of this volume is a collection of papers written around the work of Abdullahi Ahmed An-Na'im, who also makes his own contribution to the book. The Catholic University of Leuven awarded An-Na'im an honorary doctorate in 2009 on the theme of multiculturalism, intercultural relations and diversity. An-Na'im is recognized the world over as a leading expert in the area of religion and law, and as a human rights activist. Islam and Europe: Crises Are Challenges reinforces our sense that a better knowledge and awareness of the growing diversity of our society, and striving for harmonious relations between Islam and the West, are among the most important challenges of our time.

Foreword and Acknowledgements:
Islam and the Requirements of Liberal Democratic Principles

Part II - The Islamic Challenge: Islam and the Secular State
Acknowledgments
Bettina Leysen
An-Na`im and His Work Toward an Islamic Reformation: A Short Introduction
Jean-Yves Carlier
'European Islam or Islamic Europe': The Secular State for Negotiating Pluralism
Abdullahi Ahmed An-Na`im
The 'Secularization' of Shari'a in Iran
Ziba Mir-Hosseini
Resurrecting Siyar Through Fatwas? (Re)constructing 'Islamic International Law' in a Post-(Iraq) Invasion World
Shaheen Sardar Ali
The Indian Dimension of An-Na`im's Islam and the Secular State
Prakash Shah
European Foreign Policy and the Universality of Human Rights
Cedric Ryngaert
Compromising of Gender Equality Rights - Through the Recognition of Muslim Marriages in South Africa
Rashida Manjoo
Islam and the Democratic State under the Rule of Law - and Never the Twain Shall Meet?
Mathias Rohe
Toward the Triumph of Reason
Mohammed Benzakour