Edited with Introduction, Translation, and Commentary

First full-scale edition of John Milton’s Latin and uncollected vernacular letters
John Milton holds an impressive place within the rich tradition of neo-Latin epistolography. His Epistolae Familiares and uncollected letters paint an invigorating portrait of the artist as a young man, offering insight into his reading programme, his views on education, friendship, poetry, his relations with continental literati, his blindness, and his role as Latin Secretary. This edition presents a modernised Latin text and a facing English translation, complemented by a detailed introduction and a comprehensive commentary. Situating Milton’s letters in relation to the classical, pedagogical, neo-Latin, and vernacular contexts at the heart of their composition, it presents fresh evidence in regard to Milton’s relationships with the Italian philologist Benedetto Buonmattei, the Greek humanist Leonard Philaras, the radical pastor Jean de Labadie, and the German diplomat Peter Heimbach. It also announces several new discoveries, most notably a manuscript of Henry Oldenburg’s transcription of Ep. Fam. 25. This volume fills an important gap in Milton scholarship, and will prove of particular use to Milton scholars, students, philologists, neo-Latinists, and those interested in the humanist reinvention of the epistolographic tradition.

Thanks to Estelle Haan, students and scholars regardless of their linguistic training are now well positioned to appreciate yet another dimension of Milton’s classicism in this accurate, thorough, and accessible edition of his 'Epistolae familiares' and related correspondence. In presenting this material to the world, she and the general editors of 'Supplementa humanistica Lovaniensia' at Leuven University Press have undoubtedly expanded Milton’s “fit audience… though few” (PL 7.31), for which they deserve the gratitude and congratulations of all who love the classics in any language.
Michael B. Sullivan, Bryn Mawr Classical Review 2021.03.58


This edition, an impressive work of scholarship, with Latin text and a new English translation on facing pages, includes an Introduction and a detailed commentary on each of the letters, keyed to the Latin text. The edition, which gives a clear, informative account of Milton’s place in the tradition of Neo-Latin poetry and prose, is consistently focused upon the ways in which these Latin and vernacular letters provide a valuable insight into Milton’s career as a poet and Christian humanist, writing in Latin for an international audience. Estelle Haan, who has published widely on bilingualism and the writings in Latin of Marvell and Milton, is probably, along with John Hale, the leading authority on Milton’s Latin poetry and prose, and this edition is admirable in every respect.
Warren Chernaik, Modern Language Review, 116 (2021), 15–20


The commentary stands out for me as the greatest achievement of the edition, a triumph of contextualizing. Every person named or place visited is brought to life for Milton’s readers. The research that informed Haan’s earlier work on the Italian academies is deployed and extended, gloriously. [...] I welcome this very full edition with delight. It is always good to
think with, and heuristically to argue with.
John K. Hale, University of Otago, Neo-Latin News Vol. 68, Nos. 1&2 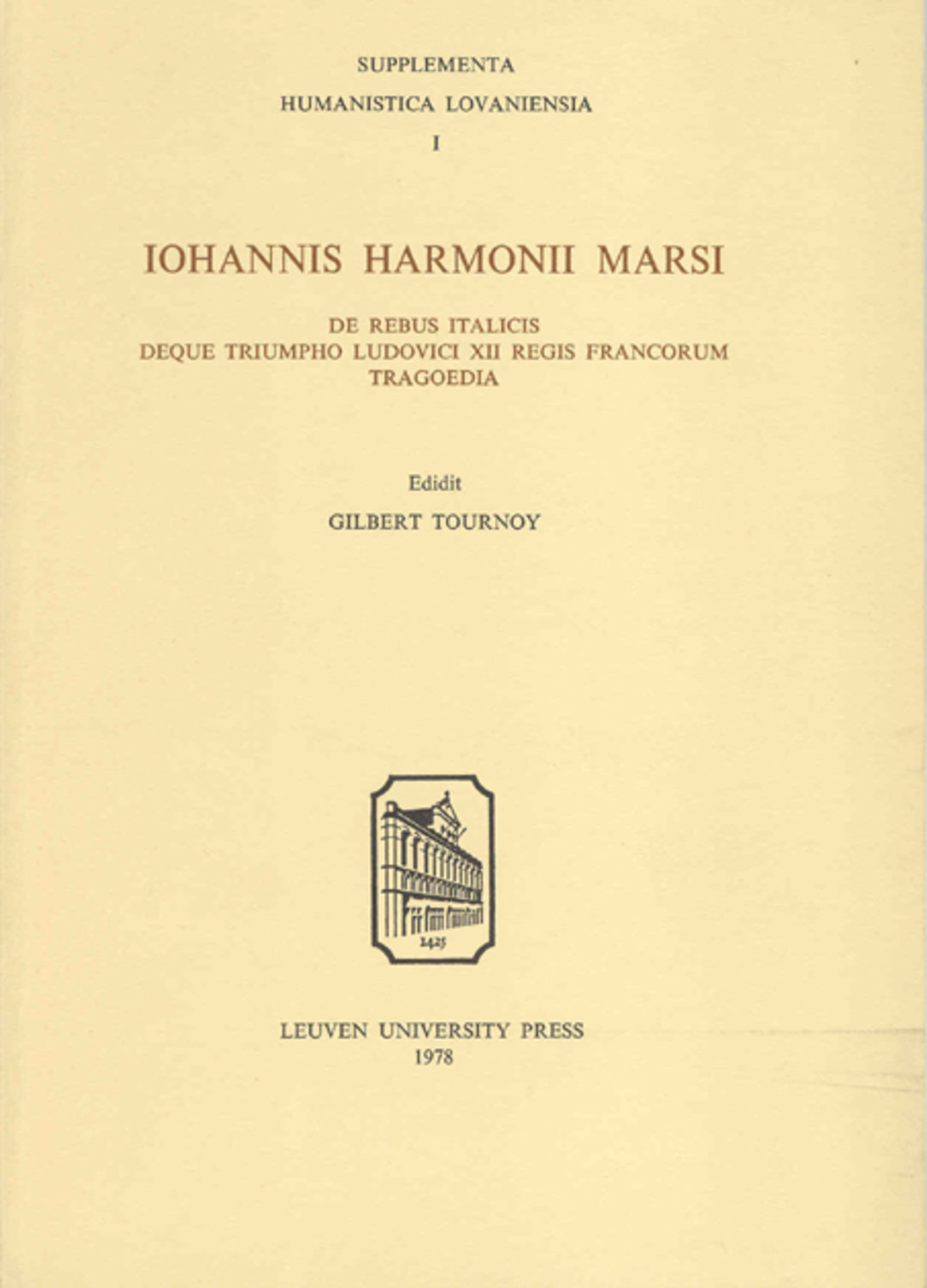